On June 10th, 2022, Aesku. Diagnostic’s “Aesku.Award for life contribution to autoimmunity” was awarded for the eighteenth time.

Dr. Torsten Matthias, founder, and CEO of Aesku.Diagnostics, presented the awards to the prizewinners during the opening ceremony of the “13th International Congress on Autoimmunity”, which took place in Athens from June 10th to June 14th, 2022.

Dr. Matthias explained in his short introduction that the company considers the Aesku.Award an expression of its vision and philosophy, and he would like to share with this award the success of his company, from when others faced great problems, with those who achieved great things in the difficult time of the pandemic. Since its foundation 22 years ago, Aesku.Diagnostics supports explicitly interdisciplinary research in autoimmune diseases. He pointed out that it is one of the goals of the Aesku.Award is to stress the importance of research in autoimmune diseases and to show the progress in establishing autoimmunity as an independent field of study.

The prize was presented during the Opening Ceremony of the Congress. 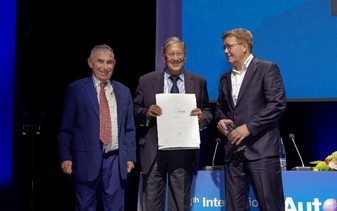 Dr. Abbas received his medical degree (MBBS) in India, completed training in Pathology at Harvard, and joined the faculty at Harvard Medical School and the Brigham and Women’s Hospital, where he rose to become Professor of Pathology and Head of the Immunology Research Division.

In 1999, after twenty years on the Harvard faculty, he moved to the University of California San Francisco as a Professor and Chairman of the Department of Pathology.

Dr. Abbas’s research interests are in Immunology, focusing on controlling immune responses and the causes of autoimmunity. He has published over 200 peer-reviewed papers and invited reviews. He is the author of four widely read textbooks, two in Immunology and two in Pathology. He has taught Immunology at Harvard Medical School and UCSF and received numerous teaching awards at both institutions. He has organized and taught Immunology courses worldwide.

Abdul Razzaque Ahmed is a Professor of Dermatology at the Tufts University School of Medicine and the Director of the Center for Blistering Disease in Boston. He graduated from the All-India Institute of Medical Sciences, New Delhi, India. He received a Doctor of Science degree in Molecular Immunology from the Faculty of Medicine of Harvard University. He earned a Master’s in Public Administration from the Kennedy School of Government of Harvard University.

He is the President of a nonprofit organization (NPO) in India, referred to as a nongovernmental organization (NGO) locally.
Dr. Ahmed’s service to the community is a legacy that will continue to touch and transform many lives. He has provided hope to his patients and facilitated long-term recovery from potentially fatal diseases. In the life of poor young people living in darkness and despair, he has brought light, hope, and progress. 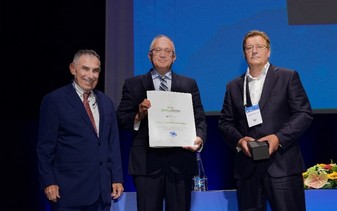 Juan-Manuel Anaya is a member of the National Academy of Medicine of Colombia.

He served as “Chef de Clinique” at the Gui de Chaulliac Hospital, University of Montpellier, France. At the University of Texas Health Science Center in San Antonio, TX, USA, he performed as a Postdoctoral Research Fellow in Clinical Immunology. He received his Ph.D. in Biology from the University of Antioquia, Colombia, after completing a fellowship at the Medical Genetics Branch, NIH, Bethesda, and working as a Research Associate at the Oklahoma Medical Research Foundation, USA. He was the Coordinator of Science of Life and Health Group during Colombia’s “Mission of Wise Men and Women.”

His research focuses on searching for and discovering common mechanisms of autoimmune diseases. He has co-authored more than 350 scientific papers and co-edited 15 books on immunology and autoimmunity.