We are delighted to inform you that in keeping with tradition, three distinguished prize winners have been chosen to receive the “AESKU Award for their Lifetime Contribution to Autoimmunity" in 2014. This award is presented every two years at the Autoimmunity Congress in recognition –of individuals who have contributed in a significant way to the field of Autoimmunity.

The prize, sponsored by AESKU will be presented during the Opening Ceremony of the Congress. 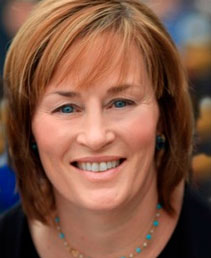 Ms. Claire Dwoskin is a child health advocate, philanthropist and leader of an international effort to address the increasing incidence of chronic illness and disability, including autoimmunity, and age related neurological diseases.

Ms. Dwoskin pursues autoimmune disease research as part of her family foundation’s charitable work in the area of vaccine safety and advocacy and she is also founder of the Children’s Medical Safety Research Institute. Prominent peer-reviewed journals including Annals of Medicine, Journal of Inorganic Biochemistry, Lupus, Autoimmunity, and Vaccine have published research and articles funded by her foundation.

Ms. Dwoskin is an active volunteer board member of the US National Vaccine Information Center. She is co-founder of the Vaccine Safety Conference, which was organized in part to address the acknowledged significant increases in autoimmune and autoinflammatory diseases in children and adults. She co-chaired the 2nd International Symposium on Vaccines at the 8th International Autoimmunity Congress in Granada, Spain.

Her goal is to contribute to understanding the causes of chronic illness and disability so that prevention, treatment and cures will follow more quickly. She and her husband Albert have two children and live in Virginia. 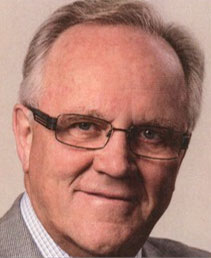 Dr. Marvin Fritzler received his BSc from the University of Alberta, and completed a PhD and MD at the University of Calgary. After his training in Internal Medicine, he was awarded a Medical Research Council Fellowship and went to the Scripps Research Institute in La Jolla, CA and then to the University of Colorado as a clinical research fellow under the mentorship of Dr. Eng Tan.

Dr. Fritzler’s research interests include the identification of novel autoantibodies and biomarkers for autoimmune diseases and the development of innovative diagnostic technologies. His current research is focused on autoantibodies to GW bodies, endosomes, extracellular exosomes and ribosomal P proteins. He has published more than 350 papers and book chapters and has been a contributor to many national and international organizations.

He was President of the Western Section of the American Rheumatism Association and the Canadian Society of Clinical Investigation. Dr. Fritzler is currently Chairman of the Alberta Research and Innovation Authority, an organization established by the Government of Alberta to provide strategy and policy advice in science and technology. He also holds the endowed Arthritis Society Research Chair at the University of Calgary. 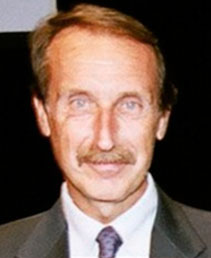 His clinical and scientific works focus on autoimmune/rheumatic diseases, particularly on the pathogenic role of serum autoantibodies. He has published more than 400 papers in peer-reviewed journals, has authored and edited 2 books and written 44 book chapters.

Dr. Meroni has been the scientific organizer of the MENARINI DIAGNOSTICS International Symposia on Autoimmunity since 2001. Dr. Meroni received the Roussel Prize in 1997 for his studies on age-associated immune-deficit and the EULAR Prize in 2005 for research on the infectious etiology of anti-phospholipid syndrome.

He is a member of the IUIS/WHO/AF/CDC Committee for the standardization of diagnostic tests for rheumatic diseases, Italian Representative of EASI (European Autoimmunity Standardization Initiative) and vice-president of FIRMA (Forum Interdisciplinare Ricerca Malattie Autoimmuni).