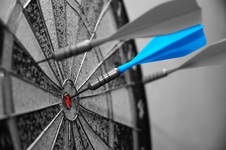 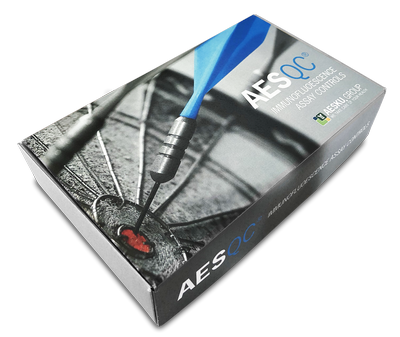 AESKU.GROUP – a science-focused manufacturer of autoimmune, allergy, food intolerance, and infectious disease diagnostics and automation – is pleased to announce a new line of IFA QC’s that are designed to produce specific positive autoantibody patterns and that are also compatible with ICAP classification.

ICAP terminology is intended to improve standardization of pattern interpretation across the international community, allowing laboratorians who might describe a particular pattern in different ways to simply use the alphanumerical code: AC (Anti-Cell) 1, 2, 3, 4 etc.

“One reason laboratories have been slow to return to IFA, even after the 2009 ACR position statement reiterated it as the gold standard method for ANA testing, is the inherent subjectivity of immunofluorescence interpretation,” said Dr. Torsten Matthias, founder and CEO of AESKU.GROUP. “AESKU’s new ICAP compatible QC products, together with the AESQC.com website, will help laboratories around the world standardize their IFA testing and ensure their methods give patients the most accurate results possible.” 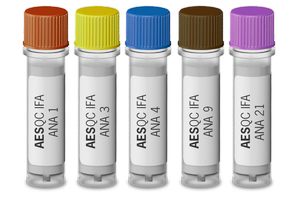 “Clinical laboratories can now adopt IFA controls that have both the classically accepted pattern names and the ICAP nomenclature, simplifying data analysis and use. Most importantly, along with the certificates of analysis, users can view reference images for each IFA QC lot at AESQC.com,” said François Lopez, global sales and marketing manager at AESKU.GROUP. “Users of IFA automation like AESKU’s HELIOS system will see additional benefits at AESQC.com as we hope to facilitate uploading and comparing IFA images on the website in the near future to help the entire laboratory community build their IFA expertise together.”

The ICAP initiative is an independent organization that was launched in 2015 from the 12th International Workshop on Autoantibodies and Autoimmunity (IWAA) held in São Paulo, Brazil, with the ultimate goal of promoting harmonization of autoantibody test nomenclature and interpretation and maximizing usage in patient care. Further information can be found at their website www.anapatterns.org

free template joomla
Back to top
×
Did you know?